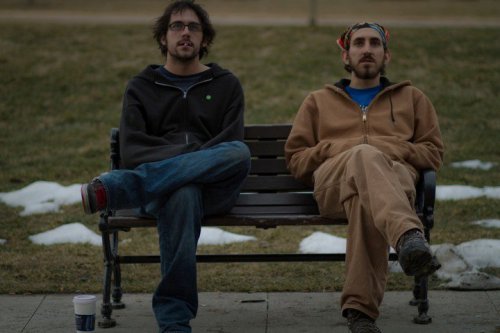 Q: What was the inspiration for Theodore is Dying and why did you decide to go green for this project?

A: Theodore is Dying (TID) was made as part of an MFA program at UCF in “Entrepreneurial Digital Cinema.” I knew I wanted to do a feature once I got my BFA and the program at UCF gave me the means to do it. It’s amazing how much a mandate and a deadline can act as inspiration.

Theodore is Dying tells four different stories dealing with themes of death and rebirth, which is something I knew I wanted to explore when I started writing it. I think it’s a normal part of life to hit these points of demarcation where you can draw a line and say “this is where everything changed.” Whether it’s the loss of a loved one, or the end of a long-term relationship, or whatever, at some point you’re going to have to pick up and start over, and that’s what each character in the film is faced with.

Q: What kind of equipment did you use for this film and how did it affect the going green initiative?

A: We shot HD on the Sony EX-3. Obviously shooting digitally is more environmentally sound as opposed to shooting on film. You end up avoiding the use of environmentally damaging materials that are used to both make and process the film. Our first goal when deciding to shoot digitally was (like most people I would assume) to keep costs down.

Q: What was the budget for this film and how did you achieve success on such an “ultra-low budget”?

A: The budget for TID was $35,000. Certainly the reason we had a successful shoot comes from the incredible crew we had working on the film. It was important to us (Producer Allie Kenyon and I) to surround ourselves with people that we had worked with before and/or had absolute confidence in. Making a film with this small of a budget, in a somewhat unfamiliar location, comes with an extra set of challenges, but having a talented dedicated crew can absolutely make the difference between whether those challenges are surmountable or not.

Q: What are some tips that you could give other filmmakers working on feature films with low budgets?

A: This is sort of a hard question to answer because I feel like every situation is different. Once again I would say making sure you surround yourself with people you trust is one of the most important things you can do. As a director or a producer you’re not going to be able to handle every “fire” that flares up, so having a great production manager and a great 1st AD (We had the amazing Meredith Kaulfers and Alix Duggins respectively) is absolutely essential.

My other advice would be to make the film as “above the table” as possible. This isn’t to say you shouldn’t steal shots when you need to, but the more preparation and paperwork you finish in pre-pro, the less hassles and potential legal pitfalls you’ll face when it’s time to distribute or even (God forbid) sell your movie. We had a great lawyer that was willing to work with our budget and our specific situation. Shop around because many entertainment lawyers are willing to work with first time filmmakers. The last thing you want is to end up with an amazing film you can’t do anything with.

Q: Would you encourage other filmmakers to go green on set? What are some tips for making a set more eco- friendly?

A: I absolutely would recommend that filmmakers try to make their films in as sustainable a way as possible. Beyond sleeping better at night, we were also actually able to save money in production by going green. It’s also been incredibly useful as a marketing tool. Read MORE…

Greening Hollywood is a member of The Green Blog Network. 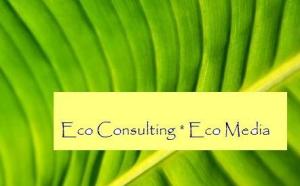