The third year of the Produced By Conference brought more than 2,200 people to the Disney lot in Burbank on June 4th and 5th. There was no shortage of star-powered panels and discussions on “green content” but the focus ultimately centered on emerging digital technology. The hope is that digital technology can usher in a more sustainable era to the industry by reducing our print and production materials and changing the distribution model from one that requires delivery of a print to one that is beamed into the theater or home. 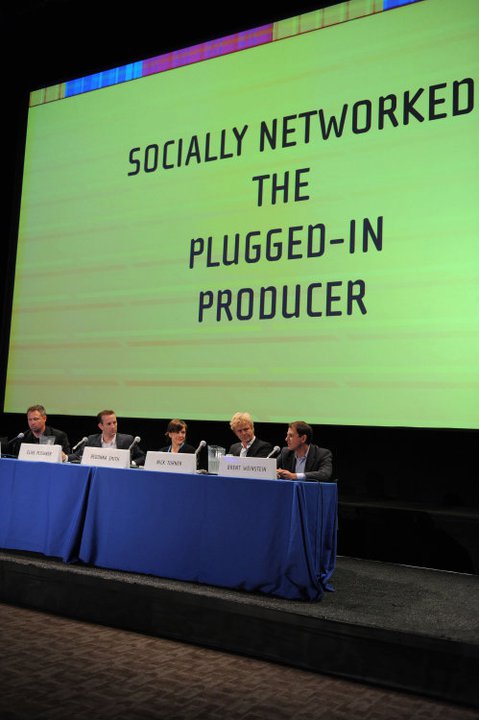 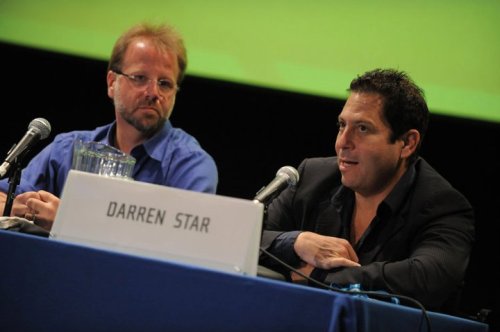 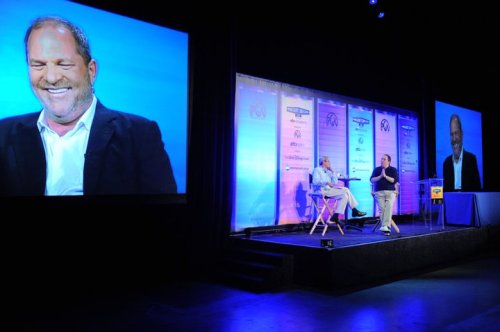 See the full gallery on Posterous

Highlights of the conference included the Bleeding Green: Content with a Cause panel, which featured a conversation on developing documentary material with a green agenda. Panelists included Lesly Chilcott, producer of Waiting For ‘Superman’ and An Inconvenient Truth, and Fisher Stevens, producer of The Cove.

Again, the focus centered on how digital media has become the biggest asset to the “green filmmaker” in all areas; financing, raising awareness, filming and distribution. Twitter, Facebook and blogs have become the go-to method for finding an audience and online channels plus Netflix a preferred distribution outlet. The glut of eco-content has become an issue, but the overwhelming sentiment was one of optimism in getting these issues out to a broader audience.

Raising Your Tentpole proved to be another popular panel, apparently many aspiring to bypass the slow ascent to success and jump straight into developing and producing franchise faire. Panelists incl

uded Gale Anne Hurd, Bonnie Arnold and Kevin Feige, among others, as they discussed the ups and downs of creating content through the studio machine.

Perhaps more useful to the indie producer was the panel Plugged In: The Socially Networked Producer where Elias Plishner, Sony Senior VP of Digital Marketing who headed up the Social Network campaign, told the audience that it’s never too early to start engaging fans of your project through social media channels to build “pre-awareness.” Not surprisingly, the panel discussed how actors are cast based on their Twitter following as it is assumed that that will become part of the marketing package.

Meanwhile, in the conversation panel with Harvey Weinstein and Mark Gordon, the view on internet distribution and Video on Demand (VOD) was lukewarm. Both Weinstein and Gordon expressed that while it is the future, the current business model should continue to focus on the theatrical release.

A major announcement from the conference came from the CEO of Scenios, Mark Davis, who unveiled that their production management software will now be available entirely in “the cloud.” This type of platform will allow production teams to collaborate from pre-production through production and then into post and will include a collection of apps that manages items like the script, budget, locations, shoot schedule, call sheets, dailies and rough cuts.

With this movement toward cloud computing, digital distribution, and online marketing, the move toward the industry consuming less is yet to be seen. In the near future, the industry’s net consumption of paper screenplays, plastic DVD cases and oil to shuttle prints to theaters may go down, but electronics require a massive amount of conflict metals and create toxic eWaste (and let’s not get started on production offices and sets slow to phase out plastic water bottles and disposable Starbucks cups).

Whatever the future may bring, it’s coming quickly and next year’s conference can’t come fast enough.

Gina Hall writes for publications such as Greening Hollywood, as a guest blogger, Culver City News, AskMissA.com and TheScoopLA. She graduated from the University of Southern California with a degree in Cinematic Arts and has worked in the entertainment industry on documentaries and features, as a development executive and as a writer. She works with environmental organization Global Green USA whose efforts are primarily focused on fighting global climate change through policies, advocacy and education.

THIRD ANNUAL ‘PRODUCED BY CONFERENCE’ TO BE HELD AT THE WALT DISNEY STUDIOS JUNE 3-5, 2011

LOS ANGELES, CA (March 29, 2011) –The Producers Guild of America (PGA) and the Association of Film Commissioners International (AFCI) announced today the first slate of speakers confirmed to participate in the 2011 Produced By Conference (PBC) which includes some of entertainment’s most sought-after producers and industry leaders. It was also announced that The Walt Disney Studios along with the ABC Entertainment Group will host the 2011 event in conjunction with AFCI’s Locations Show June 3-5, 2011.

“We’re excited to announce the initial speaker line up for this year’s conference to be held at the Walt Disney Studios,” said Producers Guild President Emeritus and co-chair of PBC, Marshall Herskovitz. “We’re extremely grateful to everyone at The Walt Disney Studios for agreeing to host the third annual conference. The Disney lot provides an amazing backdrop for the producing community to gather for an exciting weekend of learning and networking.”

“The Produced By Conference continues to exceed my expectations. I’m thrilled to be a part of this exciting program, and throughout all of the PBC programming, we hope to continue to advance the theme that the role of

the producer is a crucial one,” said Gale Anne Hurd, PBC event co-chair.

The list of featured speakers for 2011 PBC includes some of the entertainment industry’s most renowned producers and executives including, in alphabetical order:

“The slate of panels, sessions and roundtables that are shaping up for this year’s event are extremely unique and exciting—offering attendees the chance for unprecedented access to some of the industry’s leading producers, providing both education and inspiration,” said Rachel Klein, PBC event co-chair.

The 2011 PBC will feature over 20 conference sessions, panel discussions, mentoring roundtables, networking opportunities, social events and workshops designed to provide producers with important career tools and insights necessary to compete in today’s competitive marketplace. Among the many topics to be discussed are new media, global finance, producer/director collaboration, distribution, independent film, scripted television, reality television, digital content, brand identity and much more. Over 150 exhibitors are already on board to participate in the 2011 event. Sponsors for the event to-date include General Motors (the official automotive sponsor of the PGA), Entertainment Partners, Raleigh Studios, Cast & Crew Entertainment Services, Baseline, Avid, PRG, LA 411, Westfield Malls, Kodak and Coca-Cola. This year’s unique collaboration of the Produced By Conference along with the AFCI Locations will bring together the producing field alongside more than 300 film commissions from around the world. These commissions collectively represent over 2 billion dollars in financing and incentives available to filmmakers.Last year’s sold out conference connected more than 1,100 producing professionals. Interested individuals can register online at www.producedbyconference.com.

Reaching across film, television and new media industries, PBC is an educational forum that involves acclaimed producers, including countless Academy Award®-winning filmmakers and Emmy Award® winners, as well as the next generation of creative entrepreneurs. The PBC event is chaired by Marshall Herskovitz, Gale Anne Hurd and Rachel Klein. For more information on the Produced By Conference, visit www.producedbyconference.com.